Get FREE ACCESS to the Canadian Census Collection Now through July 21st! 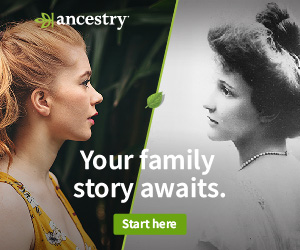 SUMMER FREE ACCESS to Canadian Records at Ancestry!* Discover more about your Canadian ancestors with this amazing FREE ACCESS deal to the Canadian Census Collection! Census records are one of the most useful resources to search your family history. You can discover censuses for every decade from 1851 to 1911 (Manitoba, Saskatchewan and Alberta from 1906 and 1916) with information including:

*Free access from July 18, 2019 to July 21, 2019 at 11:59 p.m. ET. Registration required. After the free access period ends, you will only be able to view the records in the featured collections using an Ancestry.ca World Deluxe paid membership

PLEASE NOTE: The post content above contains affiliate links. This means I make a percentage of sales via these links. This does not INCREASE the price you pay as a consumer. It simply supplements my income so I can continue providing as much free genealogy content as possible through my “abundance model.”

Disclaimer: All prices and offers are subject to change. Some items may be sold out and have limited inventory. Also check to see if you have automated purchase settings enabled, such as Amazon Buy with 1-Click: it is your responsibility to make sure you are getting the correct price for an item before you check out and finalize the transaction.